Pycon India 2015, was my first Pycon as attendee, volunteer, dev-sprint mentor and poster-presenter. 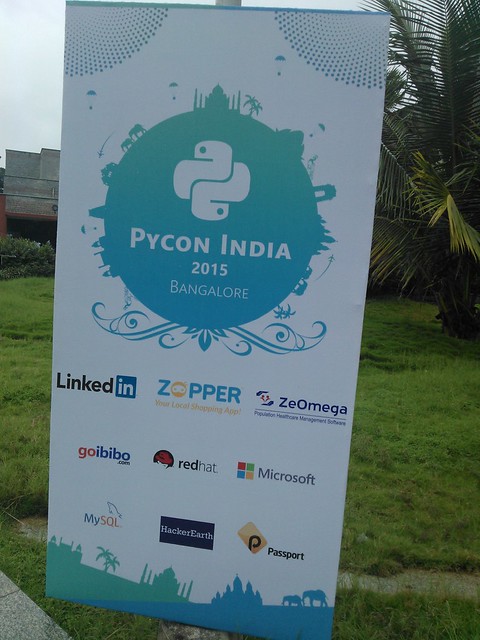 Reached Bengaluru on 1st October as there was gonna be a volunteers’ meet to discuss preparations for the Pycon. I was volunteering for the networking team, so setting up network was the primary task of the day. 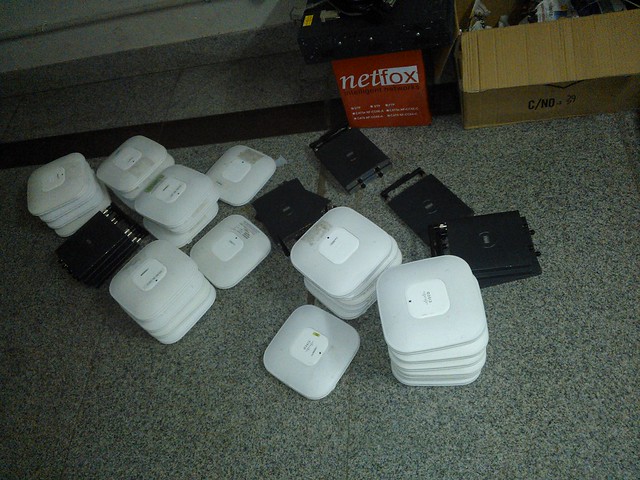 There was heavy metal Cisco gear rented for the event. So that day was all setting up routers, switches, access points, laying cables, etc. 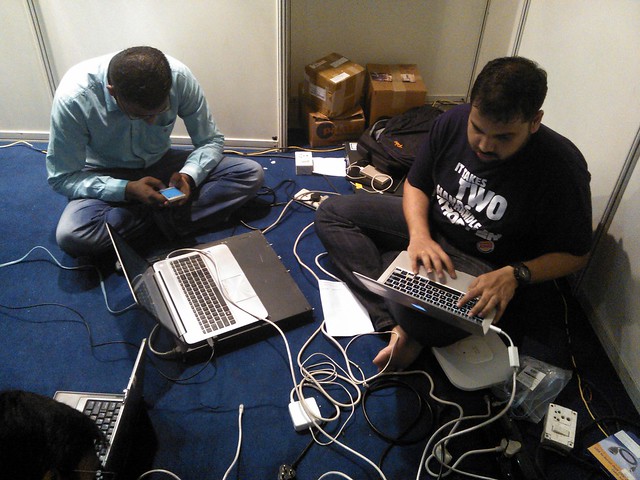 This year for the first time Pycon India also hosted Dev-Sprint, on day before conference. Dev-Sprint is a help or say first step for those who have never contributed into open source. I had registered for Dev-sprint as mentor for project called as Scapy. I got to mentor six to seven people and managed to get a bug fixed that day.

Three of them were under-grad students from Indore, they were pretty talented in Python, I learnt from them that they have a group of students in their college who make websites for NGOs for free, so in this way students get to learn and NGOs get websites for free and they have a professor who helps them.

This was the actual day of conference, where people started pouring in from all over the India. This day I and other volunteers were in auditorium helping speakers.

Also for the first time Pycon India arranged poster presentation. I had registered for it and presented project Scapy. People were very curious about the project and asked various questions and it was really cool to meet people, some people already knew about the software and they explained their application and use-cases of scapy. Here is link to my poster.

This year I did summer training with DGPLUG(Durgapur Linux User Group). Its a group on IRC on freenode server at #dgplug, its created by Kushal Das and others. They(Kushal and other mentors) teach bunch of stuff like linux, manners of talking on mailing lists, python, contributing to open source, etc. DGPLUG was started with the aim to bring people into contributing to open source projects. In DGPLUG people know each other by their nick names, and Pycon India is the only place where they meet face to face. There I was able to meet Kushal, mbuf(Shakthi Kannan) and other older members of DGPLUG. Also DGPLUG t-shirts were distributed there.

Day started with keynote by Nicholas Tollervey. There I came to know about the project called as MicoBit and Python for Microcontrollers.

Being final day it was all volunteering in auditoriums. In afternoon we had DGPLUG group photo. 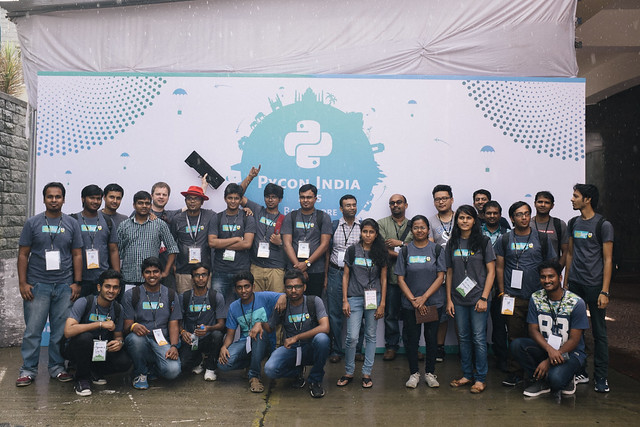 I found my lost tab, thanks to Ashok who found and tweeted about it. And after all talks were over, in feedback session had a group photo of all the volunteers.

Pycon India was a great experience to meet new people, share and gain knowledge. Got a chance to meet talented people, folks who are leaders in open-source and python community. This reminds me of the Love letter to Python written by Anna Ossowski. It was an awesome experience, lot of thanks to Chandan Kumar my mentor in open source and python, who has always encouraged me, thanks for introducing me to such an awesome community and technology. 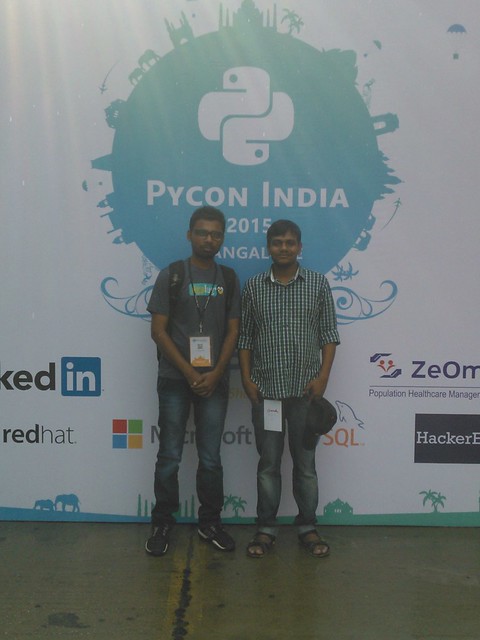